I passed through Burgas airport a couple of days before a suicide bomber killed 5 Israelis & 2 Bulgarians on 18th July 2012, and I then passed through the airport again a couple of weeks later. Burgas Airport is the smallest of passenger airports and is located on the Bulgarian Black Sea coast, and is used mainly in the summer by holiday makers, myself included.

On the entrance to terminal and within the airport, a Security Notice sign caught my eye and bothered me as I waited to check in. 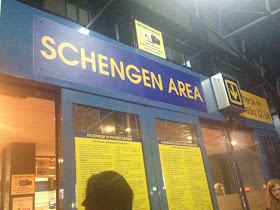 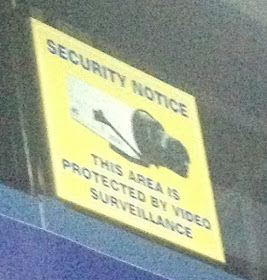 It said "This Area is Protected by Video Surveillance". Now CCTV can act as a deterrent and is particularly useful for the purpose of recording events and working out the causes of incidents. But even with a team of operators vigilantly watching the CCTV screens in real time, I just don't see how this CCTV would "protect the area" I was entering, as within this crowded space everyone had large bags and many had hats and sunglasses concealing their identity as well. To assure myself I concluded the words on the sign had got lost in translation, as it is EU law to inform the public of the presence of CCTV cameras.

This is the reason the words on the sign was bothering me; below is a picture of the Burgas bombing suspect caught on the very same CCTV system, entering the very same area just a few days earlier, clearly the CCTV didn't protect the area nor act as a deterrent 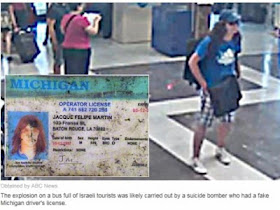