Huawei set for limited UK 5G role, but can we Trust Huawei?

Today the UK Government decided Huawei can be allowed to help build the UK's 5G network, but remain banned from supplying kit to "sensitive parts" of the core network. The Prime Minister Boris Johnson made long await decision to ends months of concern for the Chinese telecoms giant. 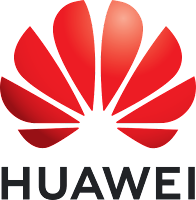 The PM had briefed US President Donald Trump about the decision. Trump has been very vocal on his stance exclaiming, “we are not going to do business with Huawei”, and recently Trump’s administration is reportedly nearing publication of a rule that could further block shipments of US-made goods to Huawei. Trump administrator has said it 'is disappointed' with UK government decision. China had warned the UK there could be "substantial" repercussions to other trade and investment plans had the company been banned outright.

There was ferocious debate in the UK parliament post the government announcement, with MPs calling into question the cybersecurity risks which could prevail – the US says the cybersecurity risks are severe, the UK’s security services say they can be managed, whereas Australia has opted for an outright ban. There’s a clear disconnect and the decision today could cause turmoil to the US/UK working relationship that could ultimately impact a post-Brexit trade deal.


Can Huawei be trusted or will using its equipment leave communication networks, and our own mobile phones, vulnerable? The US says Huawei is a security risk, given the firm is heavily state supported and is run by Mr Ren who served in the Chinese military. Huawei 5G equipment could be used for spying and negatively impacting critical national infrastructure.

The National Cyber Security Centre (NCSC) published a document which says UK networks will have three years to comply with the caps on the use of Huawei's equipment.

"Huawei is reassured by the UK government's confirmation that we can continue working with our customers to keep the 5G rollout on track. It gives the UK access to world-leading technology and ensures a competitive market." the firm's UK chief Victor Zhang said in a statement.

A10 Networks' VP of Strategy, Gunter Reiss said “The global dispute over whether tech giant Huawei should be used in national 5G networks has created a lot of geopolitical conversations around the 5G build-out, security to Critical National Infrastructure, and generally whether certain vendors should be included or excluded. However, operators need to base their decisions not on these opinions but on technology – the strength, innovation and security capabilities. With the massive increases in bandwidth, number of devices predicted to be on these networks and the growing security requirements, the technology being used must meet these needs.”

A Security Compromise on Economical Grounds

"This is a good compromise between alleviating 'security' concerns and making sure that the 5G UK market is not harmed," commented Dimitris Mavrakis, a telecoms analyst at ABI Research. Previously I posted about National Security Vs Economic argument which has been behind the UK government decision - see The UK Government Huawei Dilemma and the Brexit Factor
SecurityExpert at 18:45
Share