The London 2012 Olympics Games were a tremendous success, I know I thoroughly enjoyed the games, and as a Brit I was extremely impressed, moved and inspired by the performances of Team GB, and how well the games were organised. 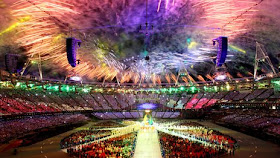 Not being jingoistic, but what a Fantastic Olympics Games

I was fortunate enough to attend a few London 2012 events, I can report from the spectator's point of view, the security checks were pretty much on par with what you would expect from passing through airport security, except the staff asking you to remove belts and place loose change into clear plastic bags before being walked through metal detectors and being searched, were way, way more friendlier and civil. 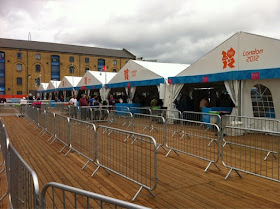 Such was the organisation and capacity of the security check points, I witness no queues, this despite tens of thousands of fans passing through at a similar time.  Definitely lessons here for airport security. Why is it paying passengers at airports are treated like prisoners by security staff and security processes, the Olympic security checks proves it doesn't have to and shouldn't be that way. 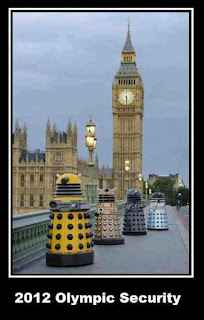