Is Club Penguin Safe for my Child?

Disney’s Club Penguin is an online multiplayer game with social networking elements. Played by 6 to 14 year olds, Club Penguin is accessed and played through any web browser. Each player logs into the game with their own account, and plays in the Club Penguin ‘game world’ as their own specific Penguin character. Players use their Penguin avatar to play a series of games within the Club Penguin world, which in turn earns them in-game money which they can use to buy accessories for their Penguin character. While playing players can see other players’s Penguins in the game world and can interact with them. 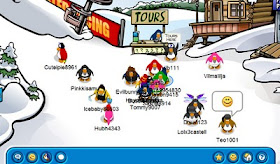 Beware of the in game Chat Capability
The player interaction, specially the ability to chat with other players is the prime area to be concerned about as a parent, as typically a child’s usage of Club Penguin goes unmonitored. I find most parents aren’t always by the side of their child when they play the game, and I even had one parent tell me she thought Club Penguin was just a regular single game, she didn’t realise other players played it as the same time. When a child signs up to join Club Penguin, an Email is sent to the parent asking for permission for their child to play the game, assuming the child didn’t provide their own email address instead of their parent’s email address. During this confirmation process, the parent is provided with a choice of ‘Ultimate Safe Chat’ and ‘Standard Safe Chat’, with the latter being selected on by default. Ultimate Safe Chat means your child cannot send or receive any typed messages from other players, they can only select from a predefined set menu of greetings to interact with other players in the game world. With Standard Safe Chat, typed message can be sent and received with other in-game players, although these messages are filtered by Disney. 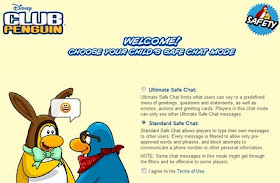 Standard Safe Chat
Credit where credit is due, Disney do a lot behind the scenes to ensure Club Penguin is safe and savoury for very young children, as after all it is in their interest not have their brand name and game's reputation tarnished, this games does require parents to pay for a subscription. With Standard Safe Chat Disney use specialist filtering of all typed in messages, which not only prevents swearing, but prevents the revelation of a player’s personal information, so information like real names, phone numbers, email addresses are blocked. Disney also use moderators to patrol their game worlds and have a panic button (top right of the screen) to report players to a moderator, which is good to see. More information can be found on this Club Penguin webpage - http://www.clubpenguin.com/parents/player_safety.htm

What should I select Ultimate or Standard Safe Chat?
Well this all depends on your own view on risk, in my view, if you are concerned and do have a pre-teen child that plays Club Penguin unmonitored I would recommend selecting Ultimate Safe Chat. However if you do trust Disney’s chat filtering and monitoring, and keep a regular eye on what your child is doing within the game and like the idea of child chatting, then select Standard Safe Chat. If you do choose Standard Safe Chat, be vigilant in what child is doing in the game, see if they are spending time playing the games or chatting, look out for excessive typing on the keyboard. In my study I found younger children who play Club Penguin like to find and chat with their real world friends who also play the game, rather than players they do not know. The game does allow players to keep a ‘friends list’ of up 100 players, if you child has more than 10 friends on their friend’s list, you should take a closer look at what they are doing socially in the game. My last but by far my most important advise on Standard Safe Chat, is to ensure you sit down and educate your child, tell them what is acceptable to say and what is not acceptable to say in chat, don't rely on the Disney filtering, as this education will serve them well in future years, as inevitability they will move onto the major social networking sites like Facebook.

Account Name and Password
It is important to ensure your child does not share their Club Penguin password with anyone, even their friends. No one, not even Club Penguin support will ever ask for a Club Penguin account password. This is a really good opportunity to teach young children about using online accounts and passwords safely. I also wouldn’t recommend letting your child play Club Penguin anywhere outside the home, a shared computer with Club Penguin is a no-no and increases the risk of the account being compromised. As part of the authorisation process, parents can also create own Club Penguin parent account, which allows the parent to monitor some of your child’s activity in the game.  There is also a nice option of restricting the amount of time in hours your child can play Club Penguin. 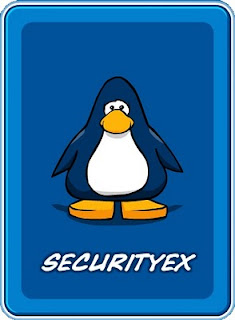 The benefits in letting your child play Club Penguin far outweighs the risks in my view. Anything that encourages children to use the Internet and read at any age, while learning about online account/password safety and social networking safety can only be good, just make sure you sit down with your child and understand fully what they are doing online and educate them appropriately.
SecurityExpert at 20:13
Share