Facebook, one of the world's most successful online businesses, has been pushing our personal privacy boundaries continually since its launch in February 2004.  Today, thanks to mainly public pressure, Facebook's owners finally held its hands up to the privacy issues it faces, and have backtracked on their relentless push against their user's privacy, by launching more simple and powerful privacy settings for all 400 Million Facebook users. 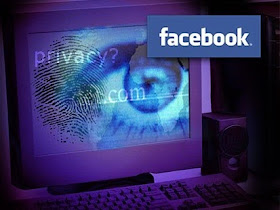 The heart of the Facebook business model like all social networking models, is the encouragement of its users to sign up and connect with as many individuals as possible, aka "friends". Facebook users are rewarded by adding “Friends”, especially the Facebook’s third party applications which actually profit for the practice. For them individuals with larger audiences of friends means larger advertising revenue. This causes the privacy problem, in that many Facebook users add friends which aren’t actually their real friends and sometimes individuals which are outright strangers, and so unwittingly they go on to share their personal information with them. Facebook’s privacy settings haven't helped their users, these privacy settings have been over complicated and out of the way controls, settings which are defaulted to a privacy "switched off" setting. http://blog.itsecurityexpert.co.uk/2009/12/facebook-privacy-settings-change.html

Facebook is a world where settings called “Friend of Friends” means even though you might be ultra careful about the friends you choose to add and share your personal details with, can mean your privacy is still unknowingly compromised by one of your friends who isn’t as careful about the friends they have added. Perhaps Facebook should have introduced a new category called “strangers”, so we could have a list of  real life friends as "friends", and a separate list of strangers, who you still might like playing games with, but perhaps not share our holiday snaps of our children with. A list called "strangers" would certainly make people think twice about their own privacy and what they share.

The Facebook privacy threat is very real and people from many different walks of life have approached me asking for advice after falling foul on Facebook. Facebook is a favourite tool of identity thieves, private investigators, stalkers and unscrupulous reporters, and a tool often used by employers to screen future employees, and bosses to spy on existing employees, not to mention the whole cyber bully and child protection issues. http://blog.itsecurityexpert.co.uk/2009/11/child-facebook-safety.html

But know I am not anti-Facebook, in fact I’m a Facebook user myself. But understand this, if you use Facebook, understand it is not free, understand you pay for it by giving up your own privacy, how much privacy you give up is up to you to control, if you understand this and simply do not care what you share with the world, well I’m certainly not going to judge you. My own opinion on Facebook has been tarnished by those privacy victims I have met and helped, most of them did not realised what they were giving up at the time, so I’m certainly pleased to see Facebook are waking up to the whole privacy issue and are starting to step in the right direction.

Using Facebook is like drinking alcohol, if used responsibly and in moderation, it can be great fun, used irresponsibility, it can burn you down the line, perhaps even many years down the line.
SecurityExpert at 22:09
Share