How to Stay Safe in the Cloud

No business or individual should ever assume 'Cloud Services' are sufficiently secure to protect their data and their cloud service provision. There are always elements of cloud service security responsibility which sit squarely with the service buyer (business) and users. Sage have put together a simple to understand InfoGraphic on Staying Safe in the Cloud, which neatly highlights the threats and the security pitfalls to be aware of when adopting cloud services.

The top three actions to reduce the risk and impact of a WannaCry type Cyber Attack at a business
Security in Depth
There are further security risk-reducing steps like filtering web traffic, ensuring data is regularly backed up, security monitoring, and network segmentation, but the above three are the most simple and most effective in terms of prevention against this type of attack, especially within the SMB space where security budgets are limited. Expect further versions of the WannaCry ransomware.

The Reasons Behind this Advice

(1) The WannaCry ransomware infects an initial system via a phishing email, the user executes the malware within an attachment or through a weblink. The Microsoft security update will not stop the initial ransomware execution, (3) but updated Anti-Virus system now blocks the current strain of the malware from executing. (2) The Microsoft MS17-010 security update stops WannaCry from rapidly propagating (i.e. worm malware) from the initially infected system to other vulnerable Windows systems (without the MS17-010 update) attach to the local network.

The IT Security Expert Blog is 10 Years Old

Ten years ago today I published my first ever blog post about a BBC news story titled "Home Network Security Scrutinised". A decade ago it was rare to see an IT security or hacking story make the news media, and back then the term 'Cyber Security' would conjure images of Dr.Who's metallically clad arch-villains in most people's minds in the UK. 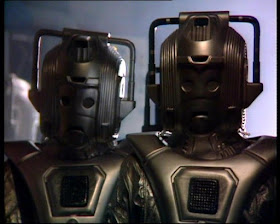 The Face of Cyber Security in 2007

Fast forward ten years, IT security has long been rebadged as 'Cyber Security' and on Friday the top ten news stories on Sky News were all Cyber Security related, albeit about the same global attack, but how times have changed.

'I found the following article on the BBC news website, which happens to be exactly what I had been talking about in my presentations this week. None of the findings is surprising to me, but I find many people I talk with are in the dark about digital security. Anyway, I thought I'd write this post about it and start my own blog' - 15th May 2007 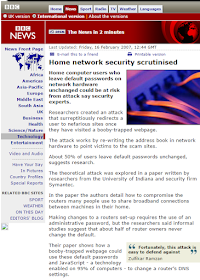 How times have changed since I started writing this blog, the use of computing devices has vastly increased, with IT systems and devices becoming ever more sophisticated, most of us possess powerful 'smartphone' computers in our hands and we have countless connected devices within our homes. It is clear our society has grown ever more dependent on information technology as evident by the NHS cyber attack on Friday, the loss of NHS workstations due a fairly simple ransomware attack led to cancelled operations and A&E closures.

Some of the highlights from the last Ten Years

Of course, cyber security is not ten years old! In 1903 Nevil Maskeylne disrupted John Ambrose Fleming's public demonstration of Macroncies wireless telegraph technology by sending insulting morse code messages through the auditorium's projector. In essence that was a successful hack of an information technology device.

The Cyber Security Game is afoot
The more devices and the more complicated they are, the more likely there are to be vulnerabilities which are exploited by criminals and nation-state actors hellbent on making money and causing mayhem. There is no winning scenario with cyber security, it is a continuous process and the challenge of staying ahead of the bad guys, knowing if you stand still for just a minute like the NHS not upgrading Windows XP systems and not applying Microsoft Critical Security Patches on time, you are going to lose the cyber game big time. So here's to another ten years...
SecurityExpert at 02:28 3 comments:
Share

A large-scale cyber-attack has impacted organisations around the world today, including badly affecting NHS services, with at least 25 NGS organisations hit by a mass ransomware outbreak. The ransomware responsible is known as WanaCrypt0r 2.0, WannaCry or WCry2, once it infects a system not only does it encrypt data on the host system, but it attempts to infect other computers over the local network.

This aggressive malware uses an exploit method named EternalBlue, details of which was posted online by the Shadow Brokers dump of NSA hacking tools on April 14th, 2017. WannaCry exploits this Windows vulnerability (CVE-2017-0145) to enable it to spread quickly over the network (i.e. Worm malware), the vulnerability was security patched by Microsoft on 14th March 2017. More specifically, the vulnerability lies within the SMB protocol, which is used for network file sharing, which the WannaCry malware exploits to replicate itself to other vulnerable Windows devices also attached to the same network. 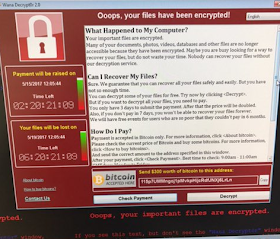 To avoid the WannaCry ransomware infection within a network environment, make sure Microsoft Critical Security Update MS17-010 is applied to all Microsoft Windows. The update was released by Microsoft on 14th March 2017, so if you have operated a good patch management process or allow Microsoft to automatically update your system and run anti-virus and kept AV definitions up-to-date, then you should be well protected from WannaCry mass outbreak. Failing an ability to patch your system, you can look into disabling the SMB service to prevent the malware from spreading.

To prevent execution update your anti-virus and be vigilant with scam (phishing) emails enticing to click on links or open attachments.

For the full Microsoft breakdown see https://blogs.technet.microsoft.com/mmpc/2017/05/12/wannacrypt-ransomware-worm-targets-out-of-date-systems/ - Note Microsoft has specifically released the patch for non-supported Windows platforms, such as Windows XP and Windows Vista.

Where there are multiple malware infections detected, the priority is to contain the spread of the ransomware and the subsequent impact. This means powering off any potentially vulnerable systems and disconnecting them from the network immediately. Before re-connecting any potentially vulnerable system, apply all the security updates and then run a full anti-virus (AV) scan to check for the presence of the malware, and make sure your AV product is able to detect WannaCry, which most common AV products now are.

Live global map of WannaCry of the infection spread https://intel.malwaretech.com/botnet/wcrypt

Worried about a Mass Infection at your Business
If your organisation is yet to be infected by this malware and you are concerned, ensure the MS17-010 update is applied on all Windows devices, check Anti-Virus definitions are up-to-date and consider disconnecting from all third party networks until you are certain all systems are fully protected.

Infected: Should I Pay the Ransom to get my data back?
I do not recommend paying a ransomware ransom. At this point in time, there is no workaround to decrypt WCry (.wcry) encrypted files. Bitcoin intelligence shows people are paying the WannaDry ransom, and according to reports those that are paying are slowly receiving working keys to decrypt their WannaCry data.

If you don't plan to pay and there is data encrypted (not backed up) you want to keep, I suggest keeping a backup or drive image of the infected systems/encrypted files, as it might be possible to decrypt the data in the future.

Beware of bogus ransomware removal tools, there are plenty of dodgy websites offering fake ransomware recovery software or instructions to install further malware. Such illicit tools often come with a price and can destroy any hope of file recovery, so avoid any tools from untrusted online vendors.

WannaCry Removal
I recommend completely wiping any infected system's hard drive, and recovering data from a recent 'non-infected' clean backup, and obviously ensuring all those Microsoft security updates are applied and anti-virus is running and up-to-date. If you do want to remove the WannaCry ransomware infection without wiping, see - WCry Removal Instructions.

Why is NHS so badly Hit?
Going off tweeted screenshots of the NHS WCry infections, there still appears to be many instances of Windows XP used within the NHS. Windows XP is a long outdated operating system and has been unsupported for security updates by Microsoft for a number of years. This means Windows XP is completely open to infection by WCry and other forms of malware, although Window XP's security can be beefed up using application whitelisting, I personally wouldn't recommend using it as an operating system due to its insecurity.

To compound problems staff working within the NHS have been describing a flat network via social media, so instead of a network of firewalled ring-fenced small network segments, it suggests the NHS has a large open network, which allows network self-propagating malware like WCry to spread far and wide rapidly throughout the organisation.

The advice initial advice is to upgrade away from Windows XP to a supported operating system ASAP, that's a bit tricky for a cash-strapped organisation like the NHS I know. However IT systems are critical components of the overall health service provision, and as such, they should not be neglected when comes to prioritising budgets. Given it is the NHS, I believe the political ramifications of this cyber attack are going to go on for some time, make no mistake what happened with the NHS today is a world-class landmark cyber attack, we'll be talking about it for years within the cyber security industry.

Could it be Cyber Terrorism or a Nation-State Cyber Attack?
As reports of this global cyber attack initially flooded in, the first thought was it could be Cyber Terrorism or a Nation-State orchestrated, given the same ransomware type had been reported attacking organisations on mass. The fact 'national infrastructure' type organisations like Telefonica and utility gas firms like Iberdrola were hit could be seen as a smoking gun on a more sinister intent behind the attack than criminal money making. It certainly fits the objective of a cyber-terror attack, spreading fear by causing public mayhem, and placing lives at risk by closing down country-wide critical services, especially health services. However I believe these attacks are unlikely to be terror or nation-state related, we'll have to wait until more details about how the ransomware initially infiltrated these organisations to be certain. Ransomware is predominately a cyber-criminal tool, so perhaps this is a case the malware's 'network worm' propagating element being over successful, as all cyber criminals want is to get paid the ransom, not kill services, and in the case of WannaCry, we know the bad guys are getting paid ransoms.

Above all, today's cyber attack impact serves a harsh lesson to what can go wrong when organisations ignore years of warnings to upgrade unsupported operating systems, and the necessity to apply critical security patches soon after release.
SecurityExpert at 21:09 No comments:
Share

The InterContinential Hotel Group, a hotel giant best known for the Crowne Park Plaza and Holiday Inn in the UK, reported data breaches within 12 of its hotels, however, Brian Krebs, the investigative journalist who first broke the story, reckons that there could be more than 1000 locations affected. A statement released on the hotel's website says that the malware, which infected the hotels' card payment systems, was identified between 29 September and 29 December 2016.

A BBC Click investigation has thrown doubt on claims that the small, personal email server Nomx can provide "absolute security". The BBC investigation started by taking the device apart to find that it was built around a £30 Raspberry Pi computer. As the operating system for the Pi sits on a removable memory card, Mr Helme was able to download the device's core code so he could examine it closely and found they were about to crack the device's simple passwords.

There was the usual raft of security updates which fixed security vulnerabilities in April, with Microsoft patches causing the most stir with security researchers, some of whom suggested the firm had held back patching some of its products.